In the earlier decades of the 20th century, at the height of the British colonial presence in British North Borneo, a certain Mrs Elizabeth Mershon, accompanying her husband, Pastor Mershon, arrived on the shore of what is now Sabah.

In 1922, Mrs Mershon recorded her observations of the people and places she encountered during her sojourn, and subsequently published her book, “With The Wild Men of Borneo,” in the classic writing style of that era. In the book, there was no mention of her date of arrival, but it is safe to assume that her accounts were penned long before 1922.

About 96 years later, I happened to stumble upon the book, which has since been reprinted by Opus Publications Sdn Bhd, while I was browsing in The Borneo Shop, a book shop located in Wisma Merdeka, Kota Kinabalu. Out of curiosity of what she might have thought about the people and places in Sabah during her time, I proceeded to read the book, not once, but a few times to fully understand her thoughts.

Being a member of the colonial master class, but at the same time, a Christian evangelist, Mrs Mershon’s view of the local people around her was a mixture of disdain and compassion. For example, in her own words, she wrote, “Our boatman grunted occasionally, to let us know how hard he was working. This is the habit the Chinese have of working on the sympathies of the unwary passenger, to get a few cents above the regular fare.”

In the opening paragraph of the book’s first chapter, Mrs Mershon pre-empted the sensational title of her book, “Before you finish reading what I am going to tell you about distant Borneo and its people, I hope you will have learned that the ‘wild man from Borneo’ is not such a bad fellow at all.”

Sailing onboard the “Rajah” from Singapore, Mrs Mershon and her fellow passengers made scheduled stops in Miri and Labuan before proceeding to Jesselton, the capital of British North Borneo. The then independent government of Sarawak prohibited the passengers of the Rajah from disembarking; hence, they had to proceed to Labuan.

Of Labuan, Mrs Mershon wrote, “Such a funny little place! If I had not known it was Labuan, I should have said that it belonged to China. A row of Chinese shops lined one side of the street. A few warehouses, and a market, in which fruit and vegetables were being sold by Chinese, were on the other side. Lower down, we saw a courthouse with a post office combined; and still lower down, police barracks. These, with a few houses behind the shops, made up the town. We saw few natives.”

Perhaps Mrs Mershon had been prepared to meet more natives at her final destination, whose behaviours and demeanours she would eventually described at great length in her book. For me, her descriptions of the natives made the book all the more interesting because I belong to one of the native races that she talked about in her book.

As with all other first time travellers to North Borneo before her, the most prominent landmark that caught Mrs Mershon’s sight from a distance, as the Rajah slowly entered the waters off Jesselton, was the majestic Mount Kinabalu, which she described as, “13,700 feet in height, and considered to be one of the highest mountains in the East.”

The Rajah circumvented the northern shore of Pulau Gaya, entered Sapangar Bay (currently known as Sepanggar), and steamed into the port at Jesselton. Mrs Mershon wrote that she failed to see the wild man she had heard about. Instead she met “a few peaceable looking Chinese and a few Malays.”

Walking about the town of Jesselton, which is now Kota Kinabalu, Mrs Mershon recorded her first impression, “I think I am safe in saying that a coastal town in Borneo consists of a club, a hotel, a few government offices, a jail, police barracks, a fish and general market, a hospital, lawn tennis and football grounds, and a number of Chinese stores. While walking through the market, I was surprised to see a crowd of Chinese and natives scuffling and yelling. Noticing a tall Sikh policeman in the midst of them, I thought perhaps he was trying to arrest someone. Imagine my surprise to find out, when the noise was over, that this was the way to buy fish. The fisherman empties his bag on the floor, and his customers have to fight for what they want.” She tasted the durian for the first time, for which she wrote, “All I can say is, that for me, it is like the odour of decayed onions, chloroform and sweet custard.”

The Rajah left Jesselton at noon bound for Kudat. They arrived at 11:00pm the same night. On the way, Mrs Mershon observed Mt Kinabalu outlined against the deep blue sky. According to her, for many hours, the mountain was in sight, and when they reached Usukan, a small cattle town on the coast, the mountain displayed its full beauty.

When she arrived in Kudat, Mrs Mershon quickly became acquainted with the town, which had served as the first capital of British North Borneo. She wrote, “Kudat is the home of the Kudat chair, well known for its durability and comfort. When we went ashore the next morning, we saw Chinese men and women sitting in the street selling eggs, chickens, fruit and vegetables. In the market on the seashore, we saw pork, fish, chickens, ducks, fruit and vegetables exposed for sale. It did not take us long to see the town.”

One can quickly surmise from Mrs Mershon’s observations that British North Borneo was clearly a very agrarian society then, yet commerce was in full swing.

After a day in Kudat, the Rajah manoeuvred through the Marudu Bay, passed the islands of Banggi and Balambangan, to reach Labuk Bay. Sailing for three quarters of an hour, they finally arrived at, in Mrs Mershon’s words, the “magnificent harbour of Sandakan.”

Sandakan had served as the second capital of British North Borneo. Upon stepping ashore, Mrs Mershon wrote, “I was very much interested in what Sandakan looked like. Rows of Chinese shops built over the water greeted my eyes; and above, on the hills, I could see white houses occupied by Europeans. The harbour of Sandakan is about fifteen miles long, and five miles is its greatest width.” It was in Sandakan that Pastor and Mrs Mershon took up residence at a mission house on top of a hill, and began evangelising to the people of British North Borneo.

At the time of her arrival, Mrs Mershon observed that the population of British North Borneo was scanty, adding that the interior and east coast were largely uninhabited. She opined that the probable causes would be the fears of head-hunting and piracy respectively. She wrote that the west coast was more thickly populated, for which she highlighted that most of the inhabitants there were natives and Chinese.

Probably for want of more information, and being an evangelist who was more interested in a person’s soul, rather than his or her race, Mrs Mershon loosely categorised the people she encountered into natives and Chinese. Regarding the natives, she confirmed the current contentious view about the origin of the label “Dusun” as a Malay word used to refer to the people who worked in an orchard or garden. Of course, within the Dusun community then, the people had always identified themselves with other ethnic labels, such as the Tangaraa of Penampang, the Tatana of Kuala Penyu and the Rungus of Kudat, among others, which Mrs Mershon possessed only some inkling about.

Fascinated by the Dusuns, Mrs Mershon wrote, “Nearer the coast, the Dusun is more civilised, both in his way of dressing and in his manners. The Dusuns seem to be half Chinese, and are one of the most industrious natives in Borneo. The methods used by the Dusuns in tilling the ground are far superior to those used by other natives of Borneo. The Dusuns love dancing. During abundant harvests, they dance all night, night after night, in every village. The Dusuns are very superstitious, and are guided in all things by omens and dreams. For example, if a man starting out on a journey happens to see a certain bird flying to the left, he returns home, and starts out again the next day.”

Mrs Mershon held high regards for the Chinese, for whom she wrote, “The Chinese, being industrious, form the backbone of all business affairs. The shops are kept by them; the rice fields are worked by them; the coolie work is done by them; in fact, all business is carried by them. They clerk in the stores, in the warehouses and telegraph offices. Without them, all business would cease.”

In the book, Mrs Mershon recorded her observations of the other races too, which were occasionally followed by scornful remarks. She labelled some of them as unruly, lazy and dirty. If you are curious about whom she was referring to, pick up the book, and read away, at your own perils, of course. Be forgiving, nonetheless, if her words touch a nerve. After all, she was writing some 100 years ago.

Travels consumed much of Mrs Mershon’s time in the book. She highlighted that on the west coast of British North Borneo, “there is a railway line, one hundred miles in length, running from Jesselton to Melalap. Leaving Jesselton at eight o’clock, in the morning, the train reaches the terminus at five o’clock in the afternoon. From Beaufort, there is a branch running to Weston, on Brunei Bay.” Steamers, plying the coast of British North Borneo, transported passengers and goods from Jesselton to Kudat, onward to Sandakan, Lahad Datu, then to Tawau.

In one of her inland travels, Mrs Mershon and her husband endured an arduous journey of half a day to get from Jesselton to Tuaran. They started by being rowed on a boat by natives through Sapangar Bay from Jesselton to reach the small fishing village of Gentisan. From there, they climbed over the Kaetan Peak to get to the other side of the hill, where a boat was waiting for them. The boat brought them to the mouth of the stream, crossed a small bay before reaching the mouth of the Mengkabong river. The boat proceeded to travel inland until it reached the village of Mengkabong from where ponies took them to the Tuaran river, a three-mile journey. Another boat ride brought them to the rubber plantation in Tuaran, their final destination. Nowadays, travelling from Kota Kinabalu to Tuaran only takes about a half-an-hour drive.

One hundred years on, the places and the attitudes of the people in Sabah have since undergone tremendous changes. Even the demography has changed. One aspect, however, has not changed, and that is the multiracial nature of the population, which has perhaps contributed towards the harmonious co-existence among the various races in present day Sabah. If Mrs Mershon were to return now, she would not recognise much of what she left behind so long ago. Wild Borneo is no more. 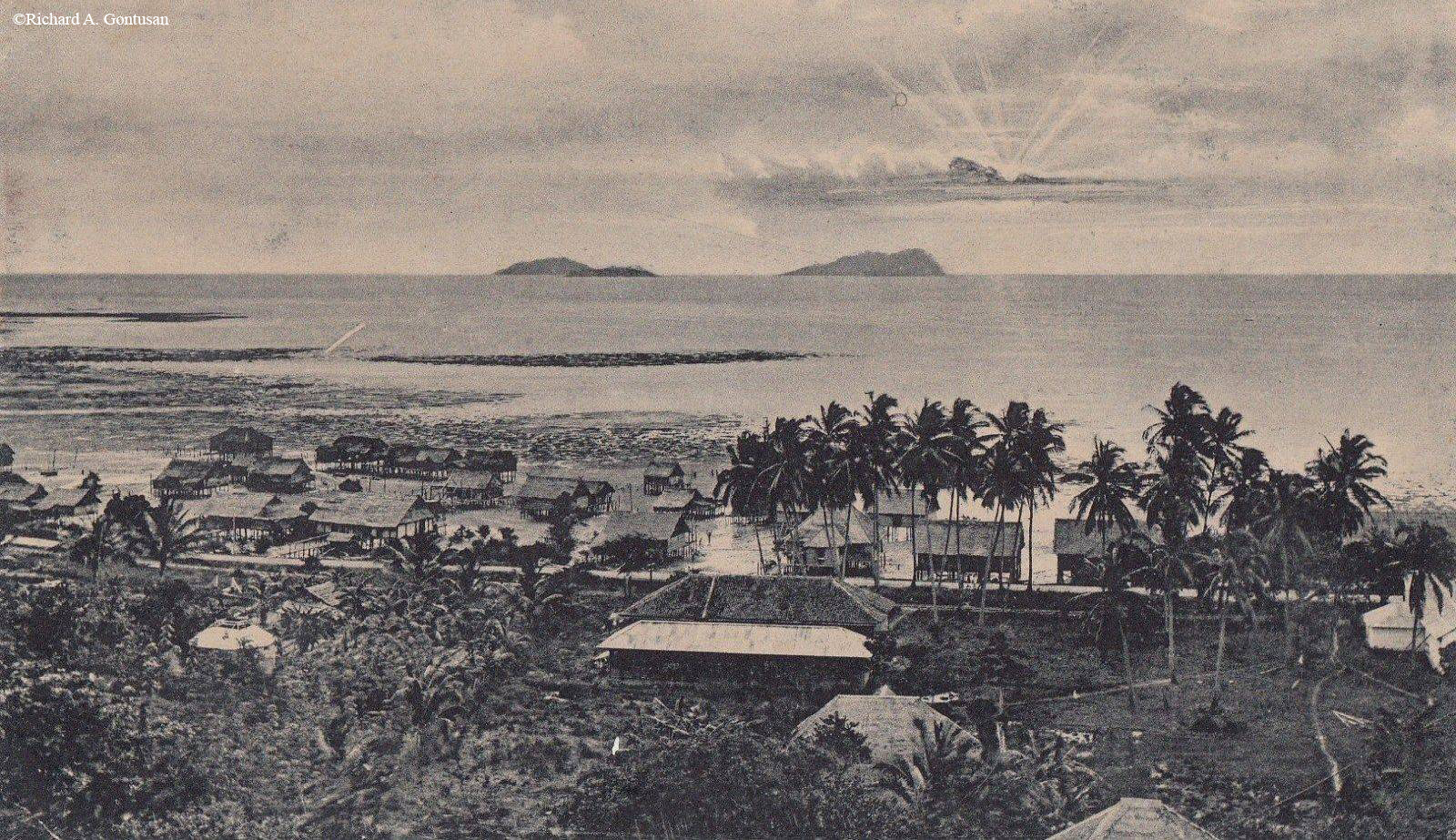 Note: The writer is an investment and human resource training consultant. He is passionate about anything Sabahan. 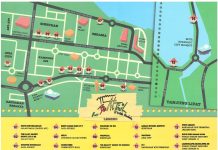 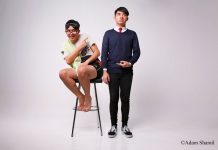 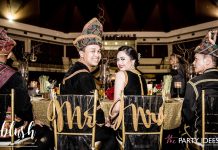