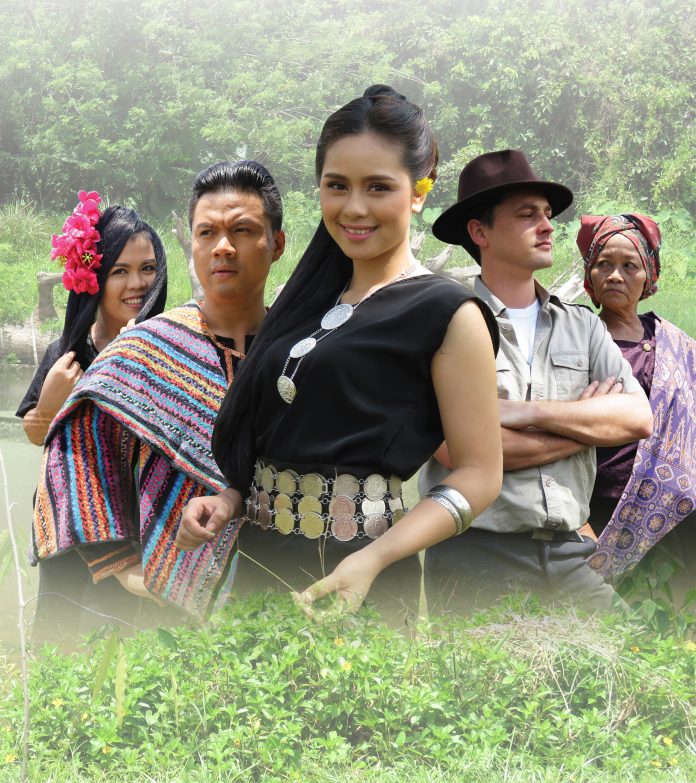 Local socialites will be starring in this year’s Sabah Fest musical theatre on May 4th to 6th at Kompleks JKKN Sabah (Auditorium, National Department For Culture and Arts, Sabah).

‘Solungkoi’, the Tamparuli bridge legend which tells a story about a beautiful young woman who fell in love and later on became a human sacrifice to appease the river spirits. Socialites taking on the stage include Hosiani bt Jaimis (Keewon) as Solungkoi, Dane Kovacs (Orang Putih Kita) as Robinson, Jayfrejoe Japrin (JoeJaprin) as Intang, Dayang Hasnah Ibrahim as Odu, with a special appearance by Sakinah (Sakinah vs Ondu).

“When I was selected to play ‘Solungkoi’, I immediately knew this is a chance to enhance my skills in acting. I have acted in films, but not in musical theatre. And I believe it will be much harder to be trained and performed live on stage”, said online TV announcer Keewon.

Playing the role of an inquisitive and charming British Engineer, Robinson (played by Dane) built Tamparuli bridge during the British colonisation. Dane is an Australian citizen who moved here almost five years ago in search of a new cultural experience. “I have been to a couple of Sabah Fests before so I thought it would be interesting to give it  (acting) a try”, he said.

Jayfrejoe, who has played several roles in various musical theatres, will be playing the role of a jealous local villager. “I have always wanted to play the part of a villain. It was always a part of me to challenge myself for what I believe I can do”, he added.

“It was a dream come true to be able to play a role in Sabah Fest. I have been longing to have this chance since two years ago when I attended my first Sabah Fest”, said Sakinah.

Tickets for ‘Sabah Fest 2018 – Solungkoi’ are sold at RM50. Show starts at 8:00 pm daily. There is no admission fee for the exhibitions. For more information, please contact Francesca Lydia Chipli, Sri Pelancongan Sabah Sdn Bhd at +6088-232121 or email to francesca@sabahtourism.com.

Sabah Fest 2018 – a celebration of Sabah’s rich and diverse cultures through musical theatre and exhibitions under one roof – will kick start the Ka’amatan (Harvest Festival) month with a stage performance of Solungkoi on all three nights. This event is brought to the public by Sabah Tourism Board and is organised by its wholly-owned subsidiary Sri Pelancongan Sabah Sdn. Bhd. 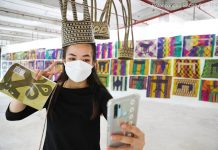 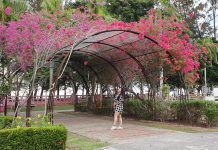