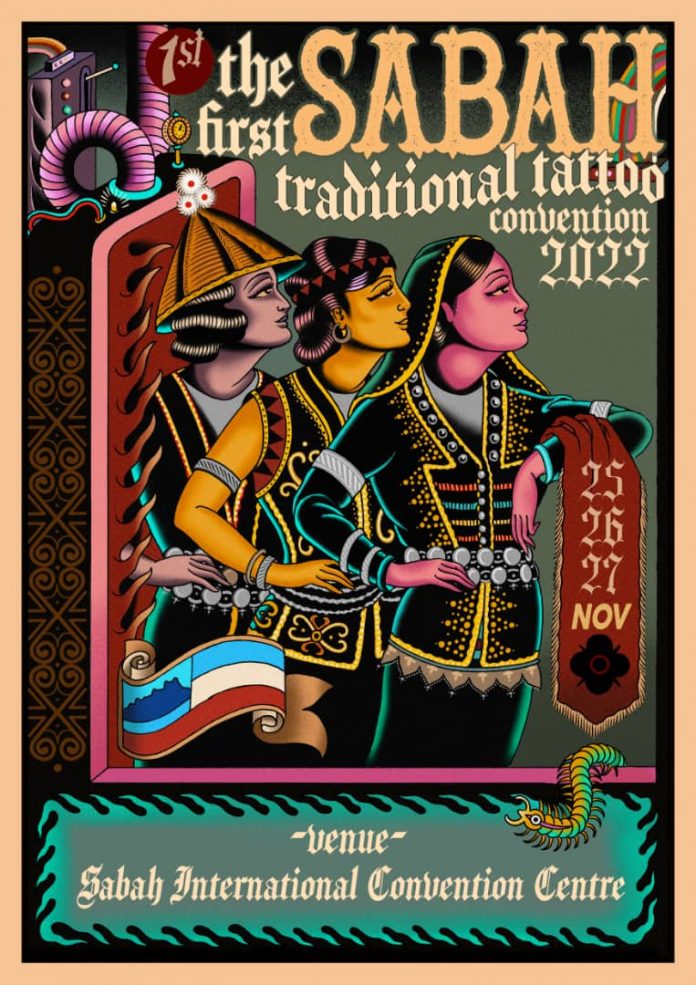 In 2015, Limuel Estrop relocated Orangutan Tattoo Studio to Lorong Dewan in Kota Kinabalu City, among its many urban cafes and shop lots. The tattoo parlour is made up of seven other tattoo artists, each with their own talents and niche, ranging from traditional to modern to custom styles to suit their clients’ preferences. Limuel’s trademark style is the traditional poke and tribal tattoos, with hopes of reviving the indigenous tattoo artistry in Sabah. 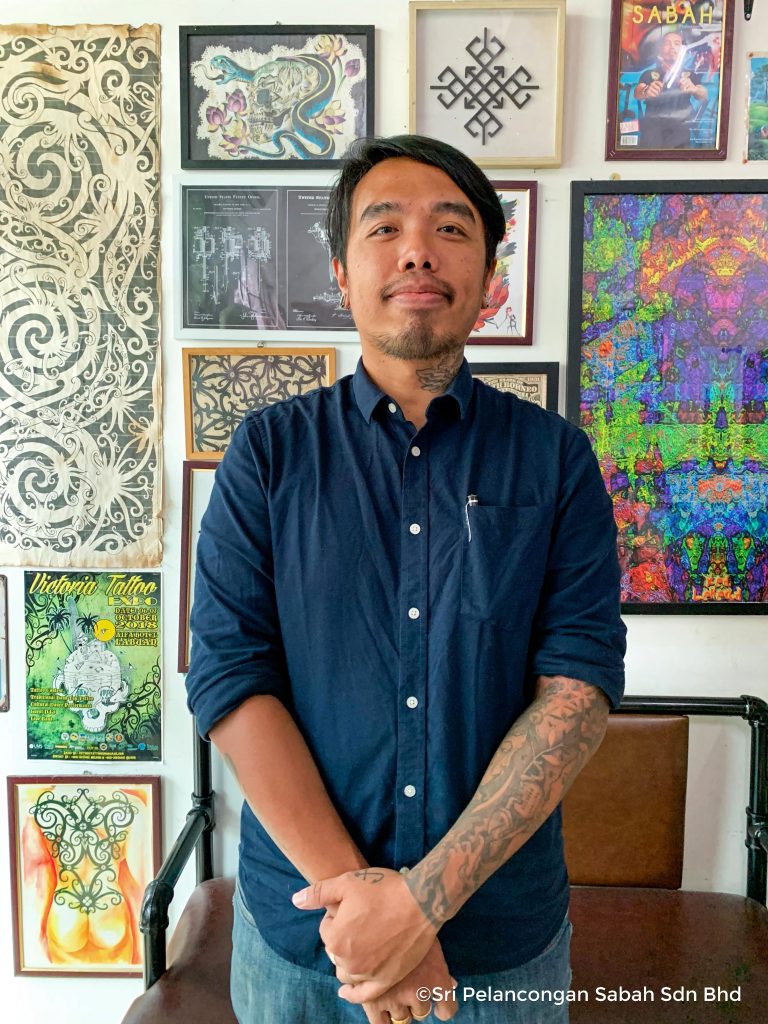 After realising that Sabah’s tattoo community had been quiet since the Covid-19 outbreak, he organised Sabah’s FIRST Traditional Tattoo Convention to bring varied tattoo artists from all over the world together to celebrate the beauty of the art. Read further as he talks about the highlights and happenings of the event.

HS: Tell us about the upcoming convention.

LE: It’s a good way to introduce the public to cultures from all over the world, as well as those from Sabah and Sarawak. When it comes to Borneo tattoos, most people immediately think of Sarawakian tattoos, but never Sabahan tattoos. I believe this event would be a great way to promote and showcase Sabahan tattoos from our community, demonstrating that we, too, have a tattoo culture, while also bringing different tattooing cultures from around the world to Sabah.

HS: How many tattoo artists will be joining the convention?

LE: There will be about 80 or more tattooists joining the convention. There will be Malaysian tattoo artists coming from KL, Penang, Johor, Miri, and Kuching. There will also be international tattoo artists from Indonesia, the Philippines, Taiwan, Europe, United States, and United Kingdom. Basically, it will be from all over the world. We’ll be updating our list of tattooist lineups on our social media platforms, so keep an eye out for that.

LS: We have realistic artists from Sibu, Philippines who are good friends of ours. They’re quite big in the Philippines. We will also have hand tappers from Taiwan displaying their work. There are also well-known ones from Kuching and Miri. Visitors who want to get tattooed can contact our tattoo artists through social media, or they can schedule a session during the three-day event.

HS: Will there be any entrance fee? What does it include?

LS: We are currently selling tickets online through Ticket2u, the website link can be found on our Instagram and Facebook pages. You can also read up our terms and conditions there. We will also sell it here at Orangutan Tattoo Studio as well as during the event, where there will be a ticket booth available at the entrance door. The daily rate will be RM50, and the three-day rate will be RM135. Purchasing these tickets entitles you to participate in our lucky draw sessions. Throughout the three days, there will be about 30-40 lucky draws per day. That’s two sessions per day, and 10-15 winners over the course of the events. Visitors can win attractive prizes which include tattoo sessions, souvenirs, and arts and crafts vouchers.

HS: Any side events during the convention?

LS: Yes! There will be performances by Tuni Sundatang, Rapot Sanggong, and Estrange. Pangrok Sulap will also be conducting a wood cutting workshop. Jess Boubie will be demonstrating her brass jewellery making, where visitors can win 5 of her brass bangles through the lucky draw sessions! ChealC, a local batik clothing designer, will also be putting her one-of-a-kind garments as part of the lucky draw prizes. We’ve also included a vendor corner where exhibitors can sell their arts and crafts to the public, without the need for tickets.

LS: The primary goal of this convention is to celebrate traditional tattoo culture. Many of the tattoo artists joining this convention are friends or friends of friends, and they will be instrumental in bringing the traditional Borneo tattoo culture to light. There will also be modern tattoo artists and machines on hand to make the event more lively or “hyped”, but our emphasis will be on the traditional and cultural aspects of tattooing, particularly on the Borneo side. Furthermore, we want to honour traditional tattoos from around the world so visitors will get the chance to discover and meet with many talented traditional tattooists from other countries who will be showcasing their distinct traditional methods, such as Sak Yant from Thailand, traditional hand-tapping techniques from both Borneo and Taiwan, and traditional Kalinga tattoos from the Philippines. So, come join the fun!

Sabah’s 1st Traditional Tattoo Convention will be on the 25th until 27th November 2022 at the Sabah International Convention Centre. Stay up-to-date with the event by following their social media on both Facebook event page and Instagram. 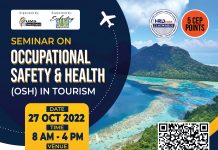 SEMINAR ON OCCUPATIONAL SAFETY AND HEALTH (OSH) IN TOURISM

A Personal Journey Through Sandakan Ranau Death March in Sabah