It is a tale as old as time. The Huminodun story has been told through the generations since time immemorial. I first heard about the story from both my maternal and paternal grandmothers, growing up in the villages of Kepayan and Mogonibung in Penampang.

My grandmothers, who would both be close to 100 now had they lived, related the story to me in the Kadazan language. Their versions were similar. But first, to them, the term “Kadazan” stands for all ethnicities that speak the Kadazan language or similar.

Contrary to popular belief, the Huminodun story is neither a folklore nor a legend, but was once a religious observance of the Kadazan and other ethnic communities in Sabah. After all, in essence, religion is a belief in a god or gods whose acts explain the existence of incredible elements or occurrences in the world and beyond.

Every ancient culture on earth has its pantheon of gods and its creation story. Although the Kadazan culture fell short of reaching the heights of the Greek, Roman, Egyptian, Inca and other major civilisations on earth, the Kadazan culture too has its own pantheon of gods, from where its creation story arises. The god-creator for the Kadazans is Kinoingan, who would, in essence, enjoy the same status as Zeus, Jupiter, Ra and Inti.

In fact, the worship of and reverence for Kinoingan were so deeply entrenched in the psyche of the Kadazans that when the Christian missionaries first came to evangelise in the land that is now Sabah, they borrowed the term “Kinoingan” to denote the Christian God in the translation of the Bible into the Kadazan language. Since the Kadazans already believed in an almighty god, shifting to another religion, which also worships an almighty god, was relatively easy.

The story goes that Kinoingan and his wife, Suminundu, had an only daughter, Huminodun, who was incomparably beautiful as she was virtuous. One celestial day, a devastating famine descended upon the earth, causing massive starvation among Kinoingan’s people. The people had earlier strayed from Kinoingan, who was deeply saddened by the turn of event. Seeing her father’s prolonged sadness, Huminodun offered herself to be sacrificed to enable her body to be transformed into rice to feed the people. Thus it came to pass that “Huminodun” in the Kadazan language is now equated to sacrifice. It was from Huminodun’s sacrificed body that Bambazon or the spirit of the rice sprung.

So immense was Huminodun’s sacrifice in the minds and souls of the early Kadazans that it moulded a whole culture centred around that selfless act. Till today, the Kadazans celebrate the Ka’amatan or harvest festival to pay homage, now ceremonially, to Bambazon to ensure, so to speak, another bountiful harvest the following year. During the festival, to honour Huminodun, an Unduk Ngadau or Zenith of the Sun is selected, a maiden whose immaculate virtues and resplendent beauty reflect those of Huminodun.

Therefore, when movie producer Jo Luping and movie director Aaron Cowan brought the Huminodun story to the silver screen in the Kadazan language, it created a buzz, a talk of the town of sorts, in the Kadazan and creative communities.

Jo Luping said, “We at Siung Films are dedicated to helping Sabahans to tell their own stories with their own voices, in their own language. We want future generations to look at their culture with pride and to realise that their indigenous heritage is an important one.” She added, “We want to work to enable a viable industry here in Sabah where creatives can come and work and earn a living. Sabah is exploding with talent and we want to utilise it to help tell its stories.”

The movie’s storyline followed closely the KadazanDusun Cultural Association’s version, leaving little room for embellishments. Even the costumes stayed true to the traditions of the Kadazans.

Adding embellishments just so to add more drama to the movie would have been counter-productive as that would reduce the movie to no more than another run-of-the-mill film. Owing to the lack of suspense and other trappings of an action-filled Hollywood movie, Huminodun came across as a docudrama, meeting the expectation of those who believe that the less the drama, the truer it is to the original storyline.

Against the backdrops of changing landscapes, from the creation of the world to a field of bountiful paddy ripening under the sun, the movie unfolded with five main characters – Kinoingan, Sumundu, Huminodun/Ponompuan, Ponompulan and Pampang, acted by Boni Mosios, Jenifer Lasimbang, Alexandra Alexander, Hazli Bojili and Marc Abas respectively.

The special effects surrounding the creation of the world transformed imagination into a vision of realism. The sprawling ripening paddy field so serenely captured on film conjured a manifestation of Huminodun and Bambazon over the land.

As a Kadazan who speaks and lives the Kadazan culture, I am grateful and exhilarated that the Huminodun story has finally reached the silver screen, not only to render the story known to a wider audience but also for posterity. A cherished story that had been related through word of mouth, then through writing, is now in film. The progress is truly amazing.

One of the objectives of the movie is to promote the Kadazan language which is fast losing its popularity in the Kadazan community, especially among the younger generation. If an opportunity becomes available, do make it a point to watch the movie. If you are a Kadazan, you would find the inspiration to revisit your origin, and if you are not, watch it to better understand a unique yet inclusive culture. Continue to tell the story.

Note: The writer is an investment and human resource training consultant. He is passionate about anything Sabahan. Follow him in Facebook on “Sabah, the Amazing Land Below The Wind.” 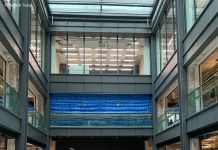 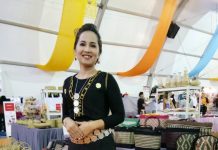