Sandakan Day Memorial
August 15 marks the end of WWII since 1945. An annual service is held at the Sandakan Memorial Park was once the site of a Prisoners of War Camp, to remember the more than 2,400  fallen heroes of the Australian and British prisoners-of-war (POW) who lost their lives while incarcerated at the Sandakan Camp and during the death marches to Ranau during World War Two. The service involves the mounting of a catafalque party of the Australian Army Rifle Company Butterworth standing guard around an obelisk on the memorial site, where families, friends and individuals from near and far gathered to lay wreaths in honour of their loved ones as a symbol of respect at the Sandakan Memorial Park during the Sandakan Day Memorial Service.

The Re-enactment of the Death March
In August 2005, the Sabah Society (TSS), oldest NGO in Sabah organised the first-ever re-enactment of Sandakan-Ranau Death March to commemorate the 60th anniversary of the actual march at the end of World War II. The society appointed Mr. Tham Yau Kong (TYK Adventure Tours), an outstanding trekking specialist whose task was to assist with the Society’s commemorative march from Sandakan to Ranau. Tham and his team helped retrace the POWs footsteps on the famous 260 kilometres long death marches in remembrance of the soldiers who lost their lives and to pay tribute to the many locals who risked their lives to help them. Although the landscape has changed over the years, the rivers, villages, hills, and valleys remain the same silent witnesses of the prisoners.

The re-enactment of the tragic march would enable young people to understand and appreciate the sacrifices of the POWs and the locals who came to their aid. Since then, TYK continued to retrace the track, together with Historian Lynette Silver and opened up the route to interested parties in 2006. The path currently followed by TYK trekking groups is as close as possible to the original track, keeping in mind environmental, land ownership and other considerations.

The #SMBgirls experience
An emotional walk

The Death March trek was an incredibly moving experience for everyone involved. During the seven-day experience of the Sandakan Ranau Death March, we were honoured to have shared the same journey with a few descendants of the POWs – Mr. Graham Newhouse (Grandson of POW Francis “Frank” Newhouse), Fiona Strachan (Great Niece of POW Evan Richards) and her son Kian Strachan, Keith Morris (whose Grandfather’s Cousin was POW Private John Henry Solomon), and Kim Baggs (Granddaughter of POW Robert George Brown), who shared their stories on how they came to know about their late family members from the ‘Sandakan – A Conspiracy of Silence’ by Lynette Silver.

As part of a commemorate walk, stories of the POWs were told along the trek. There were a few emotional moments when most of the family members of the POWs finally knew the exact location of where their late relatives drew their last breath.

We spent an average of seven hours in the wild from 8:00 am to 4:00 pm after breakfast every day. Lunch was prepared and savoured under the canopies in the jungle. All of us equipped ourselves with insect repellent, shady hat or cap, sunscreen, walking sticks, snacks, and water bottles for refilling. Frankly speaking, it wasn’t an easy walk for some especially those who cannot stand the heat of walking under 35-38°C every day. 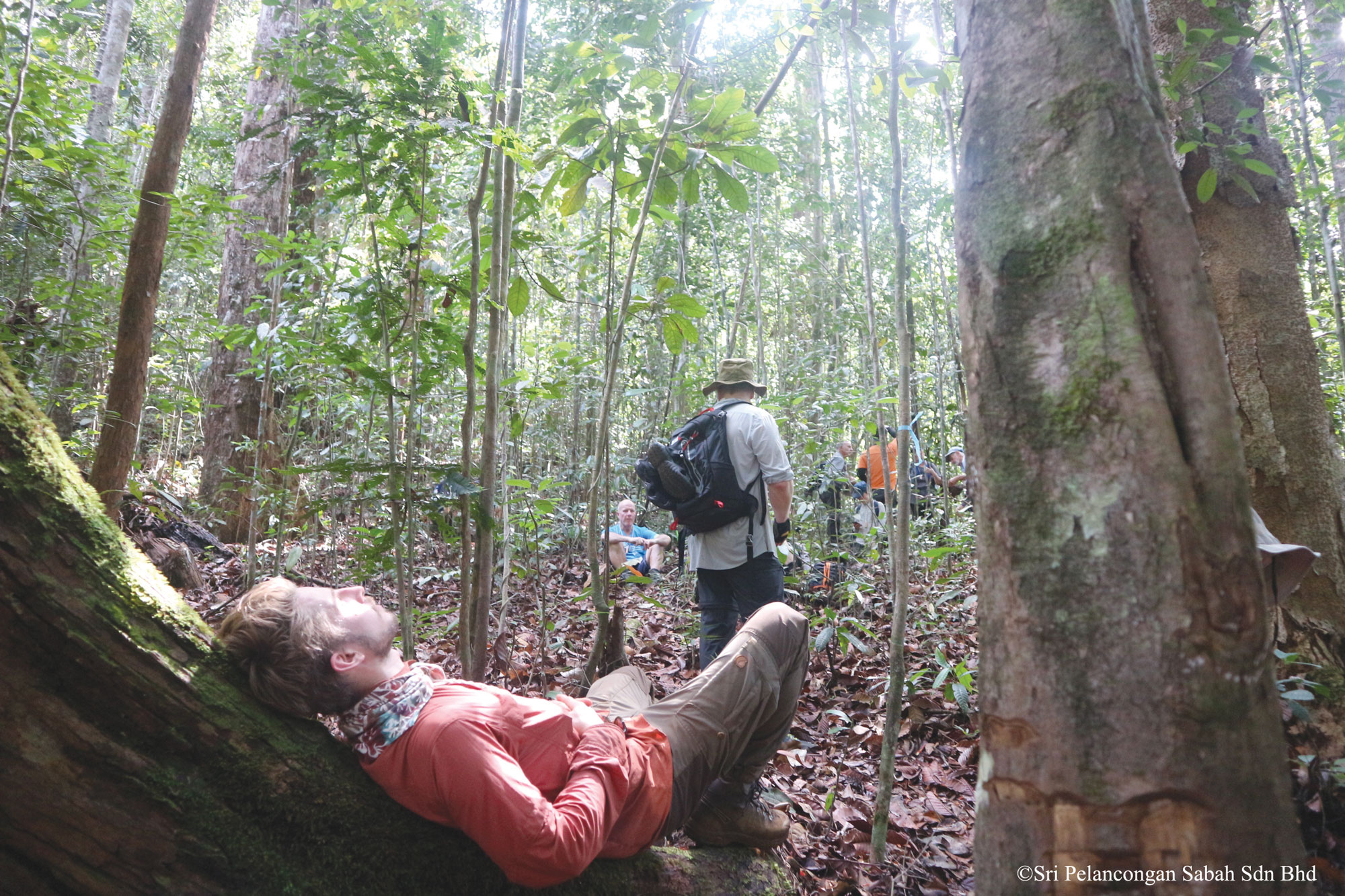 We gathered at the starting point and had a briefing before the march started. Our group consisted of twenty people including historian, Lynette Silver and her husband Neil Silver. The three-hour walk was rather easy as it was a reasonably challenging ascent, climbing about 1000 feet through the jungle. Towards the end, we descended the steep trail for another three hours towards a small river crossing. 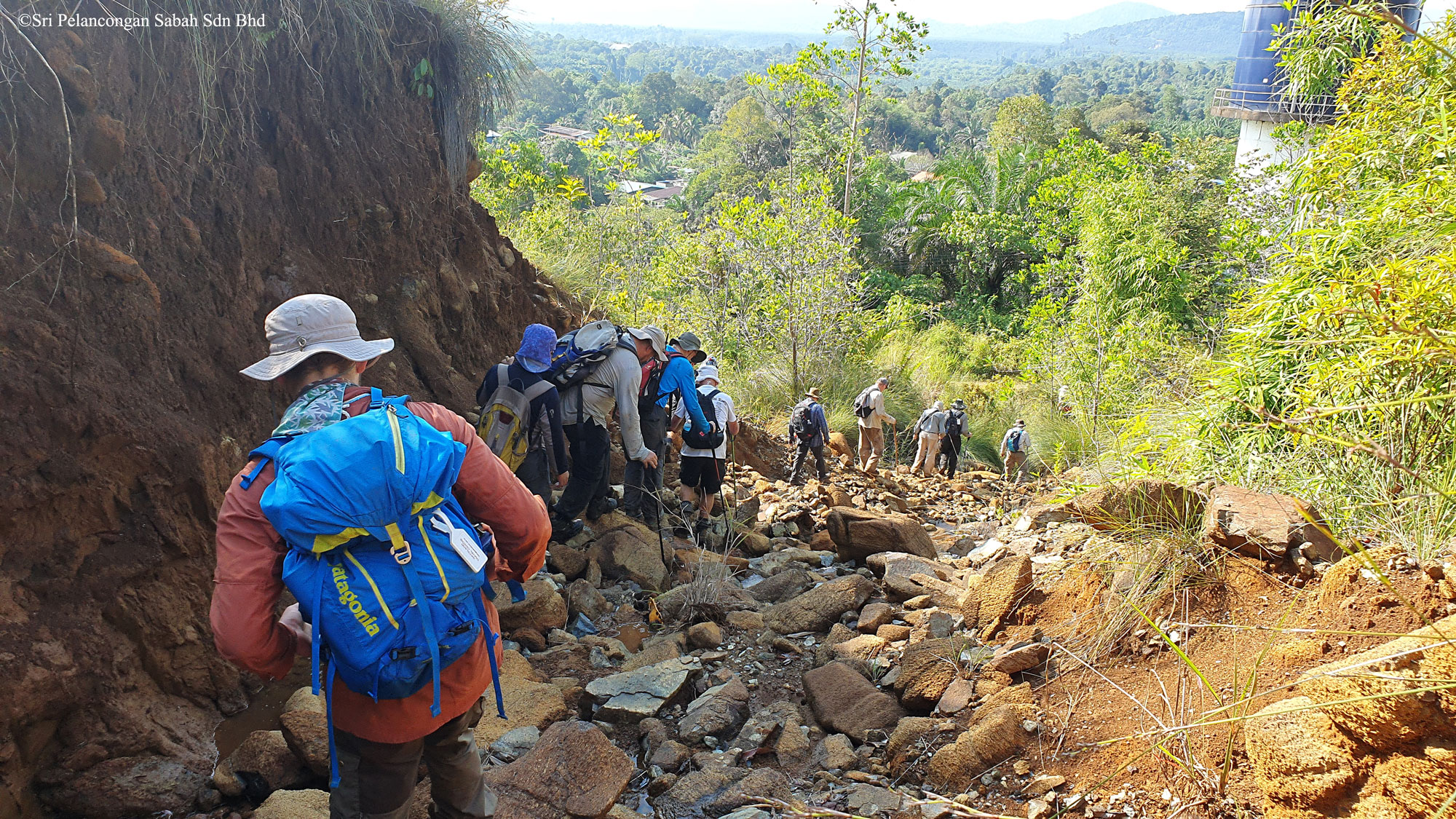 The weather was definitely not cooperating with us at the trek passing through the hills and cable towers. It was extremely hot and humid trekking in an open jungle. To pace ourselves, we took our time since the walk should be at a leisurely pace rather than a ‘war walk’. The afternoon sector began a walk best described as a ‘roller coaster’, with some short but steep uphill and downhill climbs, followed by a fairly flat stretch and then a challenging descent to the Maliau River. The view overlooking the Maliau River was amazing.  After two sections of the walk, we all agreed to have a dip in the Maliau River to cool ourselves down. 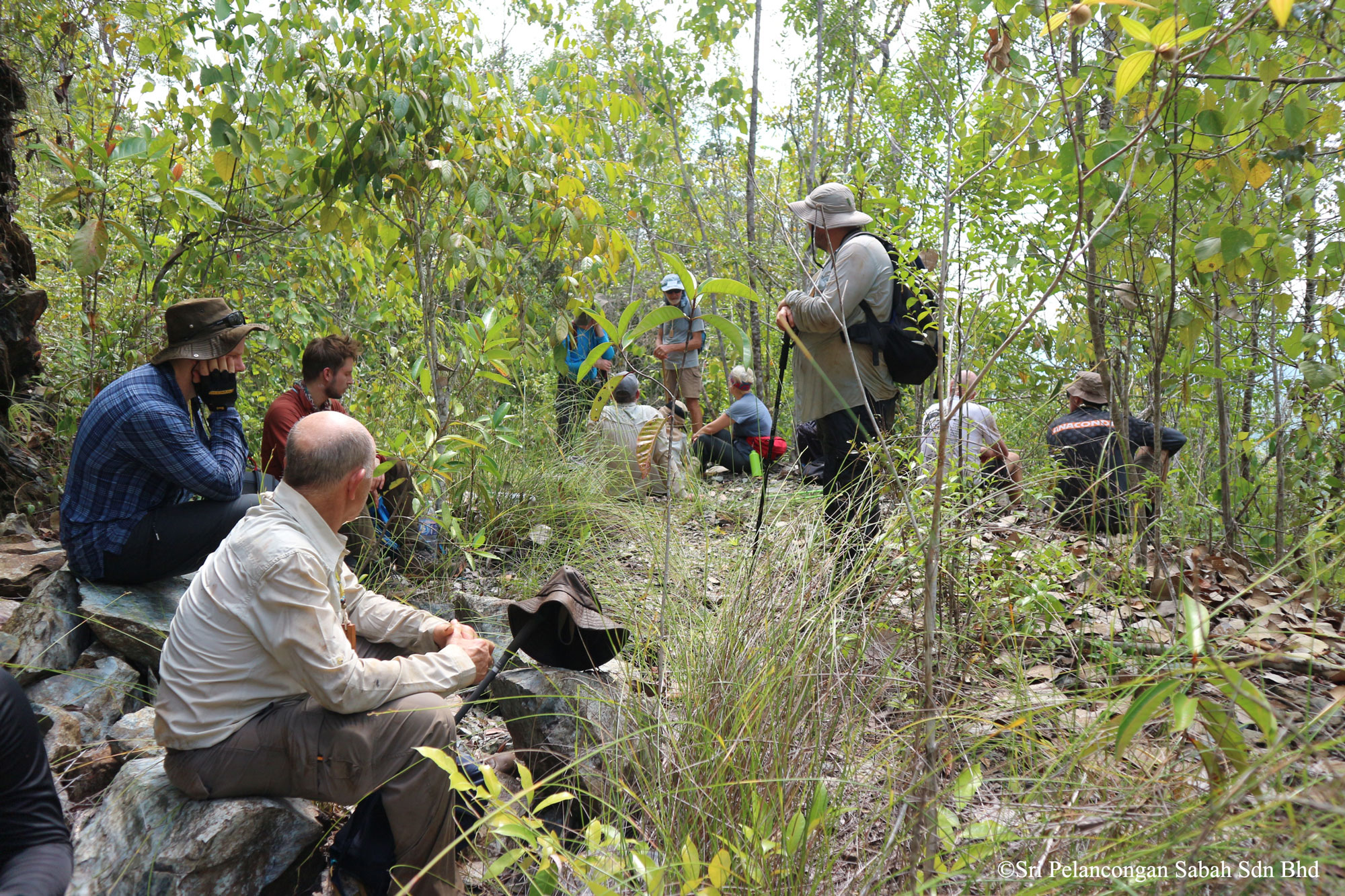 During the morning section, we had to pass through the oil plantation. It was quite an easy walk since we were walking on flat ground. The group had a great time exploring some local fruits that grew in the wild such as Tarap, Durian, Rambutan, and Mangosteen. Joseph Vesco, on the other hand, enjoyed every single fruit he tried in the wild and kept asking for more! However, we were all caught in a difficult situation afterwards where we were unable to cross the river as the current was strong. Therefore, we had to follow another route close by. Unfortunately in the afternoon, Chloe got stung nine times by bees (at one go!) while Shira got stung once and had blistered foot*! The trek was also muddy and slippery, and we had to cross several streams so most of our hiking shoes were soaked with water.

(*Note: All part of the experience!) 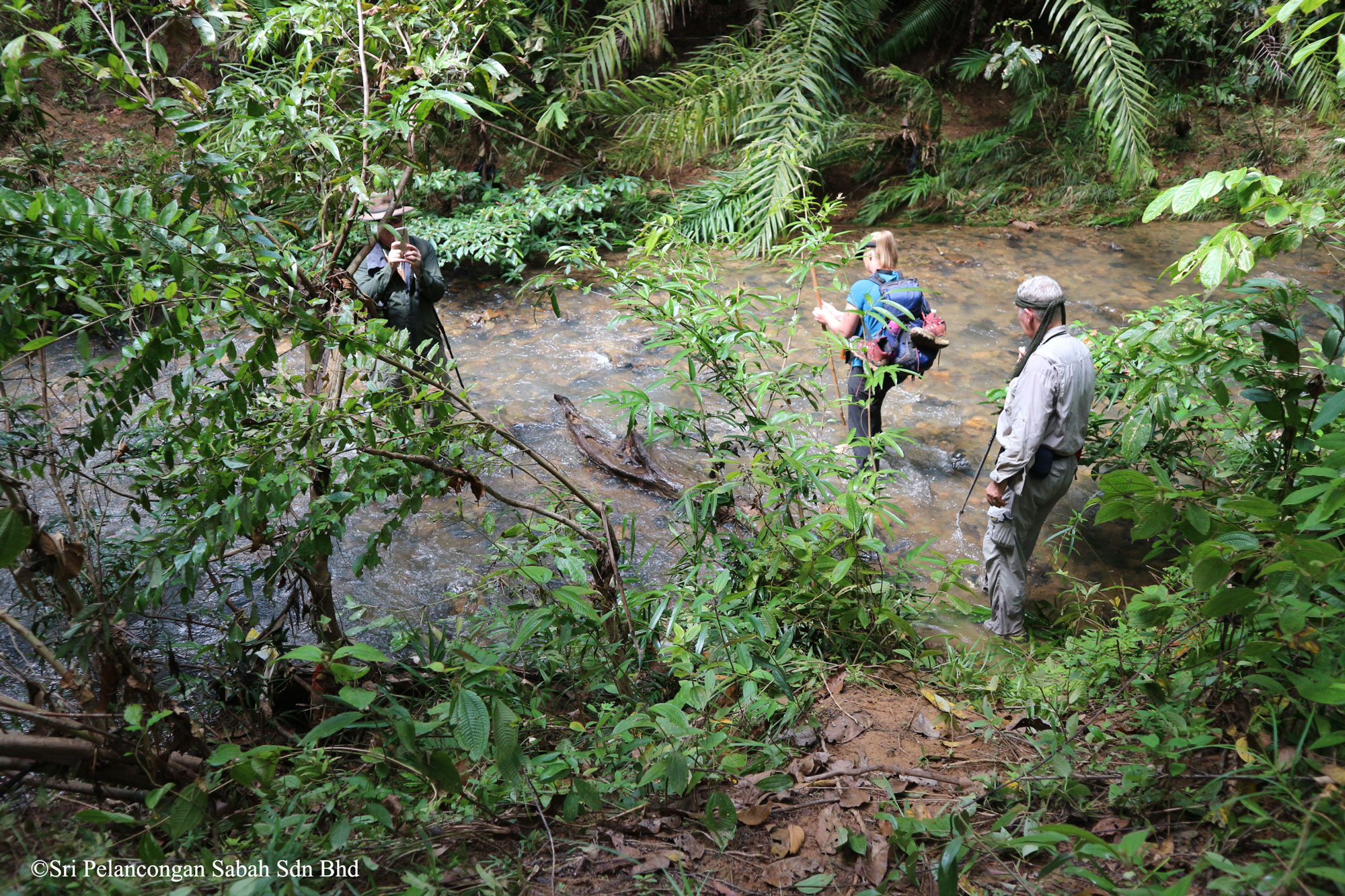 This day was the hardest among the rest. The morning trek was wonderful – crossing small but a long river. It was a fairly flat walk through a semi-jungle, small farms, and cultivated land. The afternoon trek, which has further creek crossings, continues on to Taviu River, passing through mostly plantations and farmland, with limited shade, towards Tampias. The trek was all covered with vegetation and muddy along the way. We were lucky to have experienced trek guides to clear the trek until we reached the final point of safely. It was truly an adventure!

We started the morning at Nalapak Valley for a pleasant three-hour walk through the jungle, orchards and farmland to Nalapak village and then up Quailey’s Hill. The three-hour afternoon walk to Muruk was slightly harder, with a couple of small hill sections, crossing the hanging bridge, and a stream.

We trekked up and over Marakau Hill, followed by a gravel village road, and then a sealed road, to Number 1 Ranau Camp site. In the afternoon, all of us had a short walk down to the Last Camp site, hidden deep in a valley. This marked the end of our march, and although we were tired from trekking for the past six days, it marked an emotional end for all of us. 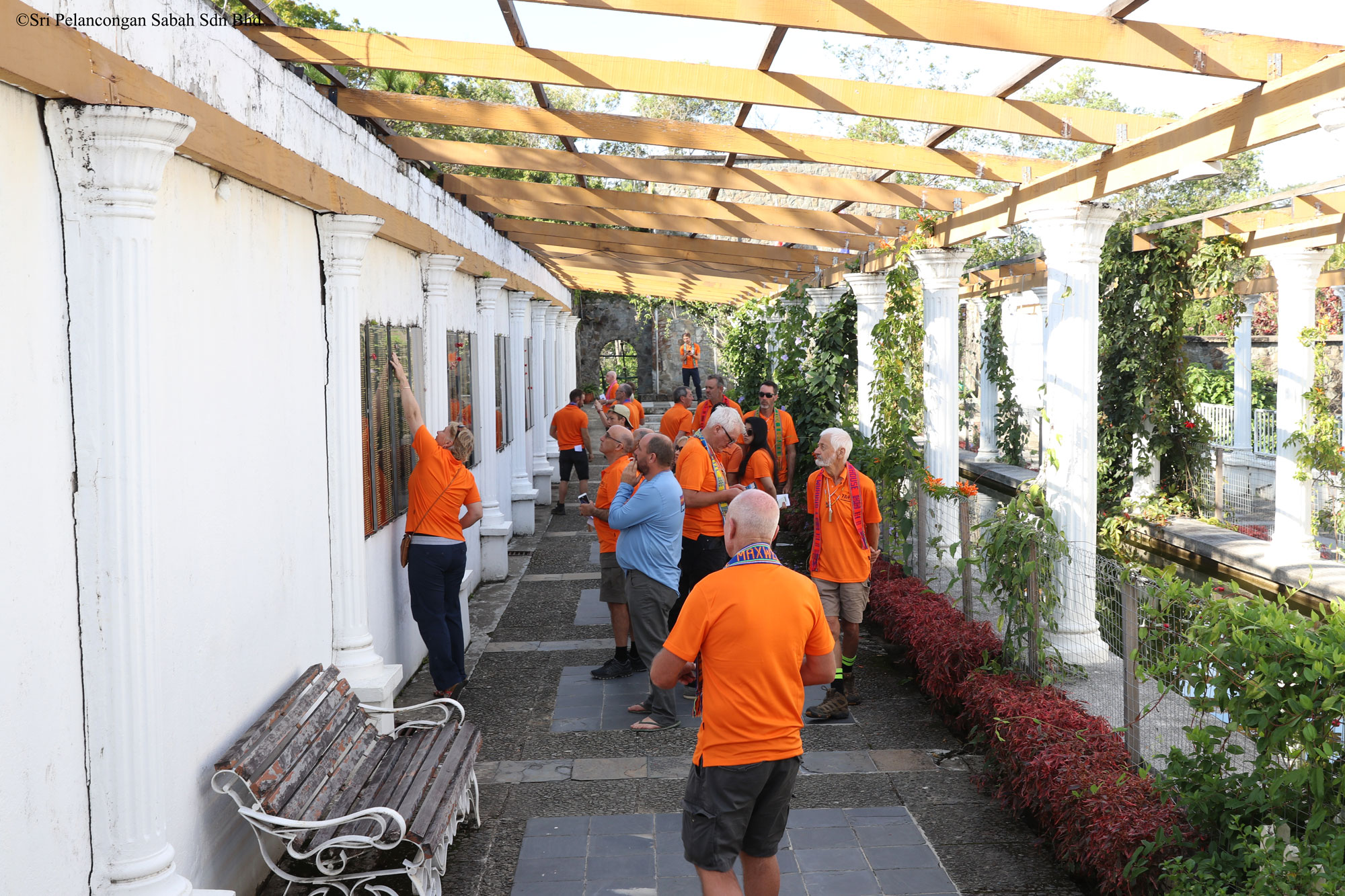 After viewing a short documentary and participating in a memorial service, the group had ample time to inspect and explore the beautiful memorial grounds.

Reflections
The youngest in the group was Marcus Sykes,11, and the oldest was Joseph Vesco, 72. Apart from the trek guides, all trekkers were helpful and constantly checking out for each other to make sure all of us reached each point safely. Leave no one behind!

Wonderful wild plants and insects can be seen such as Fungus, Pill millipede (Oniscomorpha), Nepenthes Macrovulgaris (lower pitch), and Nepenthes Rafflesiana (lower pitch), to name a few. What about the leeches? The best record was 16 leeches in a day. [laugh icon]

The most important memory we brought home with us was that for every step we took, we remembered the men who suffered and died at every step along the way. It felt as if they were walking and guiding us the entire time. The Sandakan Death March is Australia’s and British’s lost World War II history that should not be forgotten. 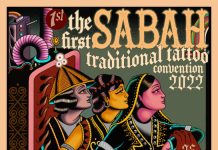